French born artist Pierre Molinier holds a special place in my heart. He was fully charting his own unique course and vision with plenty of wit, humour, beauty and total and utter commitment. Using photography and collage he redefined self representation and explored his fantasies. Read more about his life and practice. 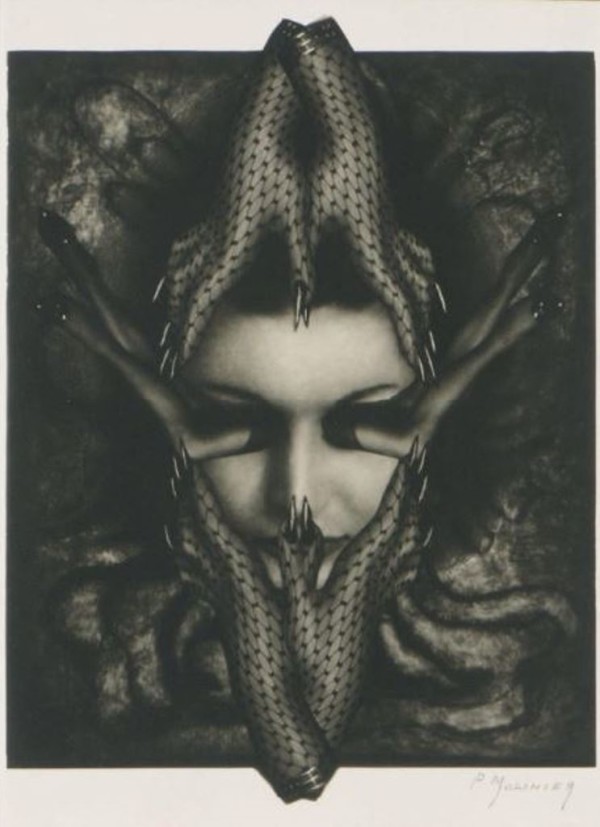 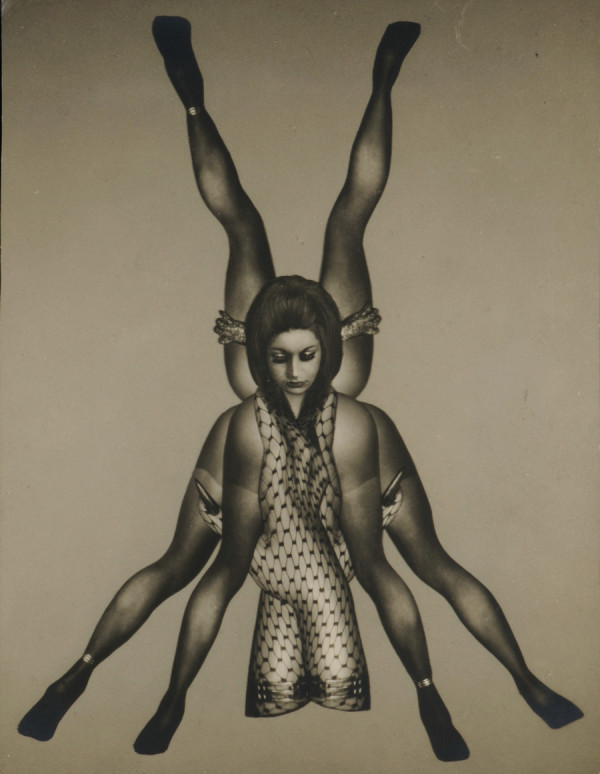 Since Halloween is just around the corner, we thought it would be the perfect time to share some incredible photographs by Phyllis Galembo. Her book Maske is a stunning collection of photographs, in which she documents ceremonial and ritual masks of the Makishi people of Zambia.

Masks and the rituals of dressing up are an integral part of Halloween celebrations. We can only dream to infuse this much whimsy and creativity into our own costumes and lives. 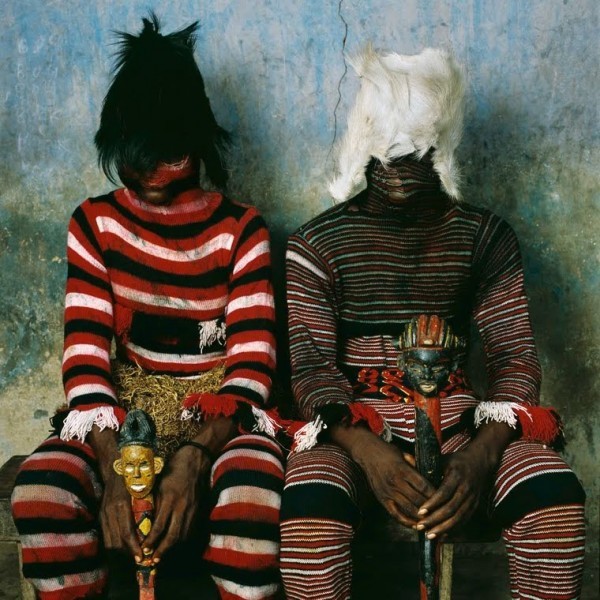 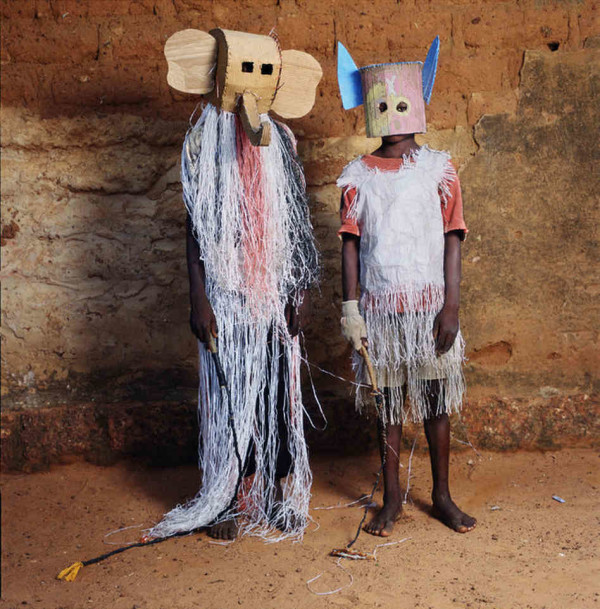 Inspired by African masks we did our own slightly psychedelic take on subject with our Neon Voodoo collection of leggings and tank tops. Both are currently on sale and limited quantities are available.

We just released the Glass capsule collection for Some Product Active. After doing a shoot for the site, we did a little graphic experimentation with some of our favourite images from the shoot.

The graphics for this collection created from scratch by smashing, photographing and graphically manipulating some discarded mirrors found in an alley. As always, we use the most premium technical fabric imported from Italy, and all items are produced ethically in Vancouver, Canada. 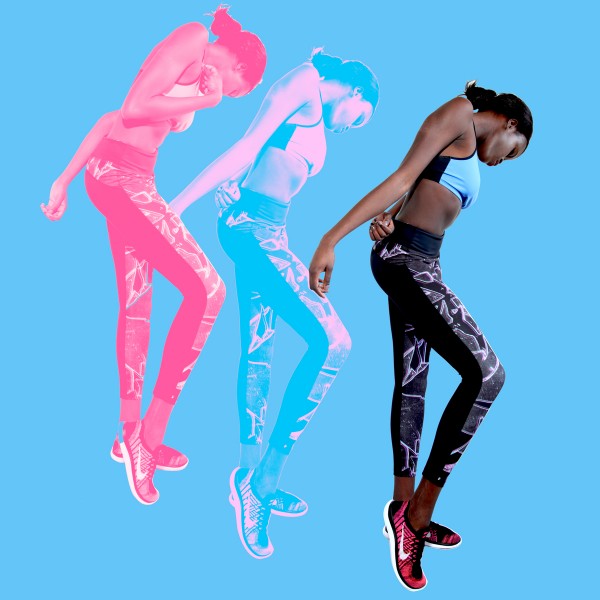 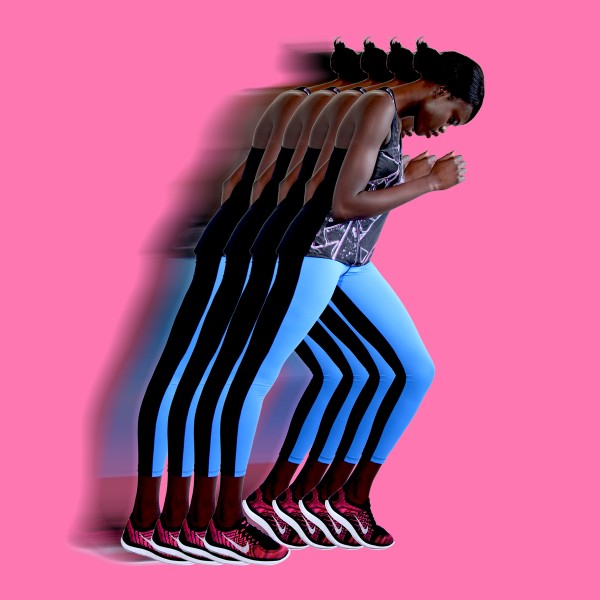 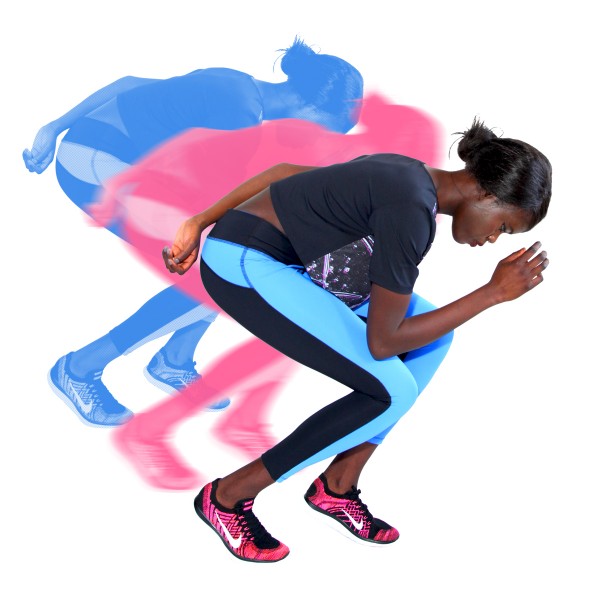 Last September I got a chance to see Grace Jones in LA at The Hollywood Bowl. The show and her on stage presence was easily one of the really great performances I have ever witnessed. Well in her 60’s at this point, Grace Jones was as dynamic and mind blowing as ever. Wearing nothing more then bikini bottoms, some incredible head pieces and white body paint, she was a true force of nature. No need for giant video backdrops or armies of dancers. It was just about as captivating a performance as I have ever seen.

About a week after, I started to sketch ideas that were very much inspired by Grace’s “body paint outfit”. These water colour sketches eventually made their way into some new graphics for our leggings. This new mini collection release features three designs in the spirit of the one and only – Grace Jones. 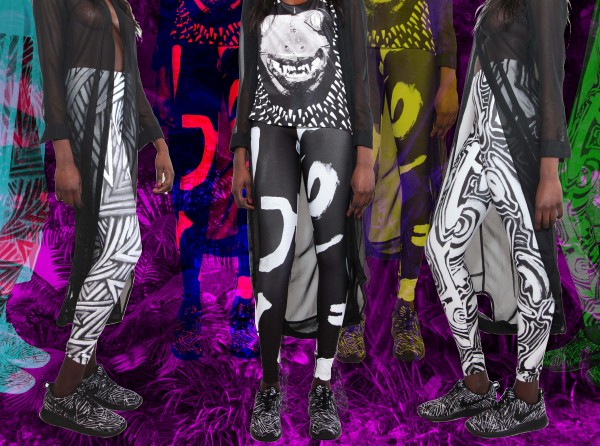 All clothing: Some Product

Last week, we all found out David Bowie passed away. It’s been a week of non stop revisiting his absolutely incredible musical output. I must have listened to Station to Station at least a dozen times. Scary Monsters even more. I must have watched every Youtube interview over again and read so many very touching tributes. It really feels like there is almost nothing left to say… It’s all been said by so many people and so eloquently.

It is just really incredible to see how many people were touched by his artistic output and his life. I am not sure if there is another artist that will ever evoke such an outpouring of tributes and affection.

Here’s a picture from a few years ago of my friend Dandi with a one of a kind “Zombie Bowie” tee. Graphic was pulled from a fan art site. 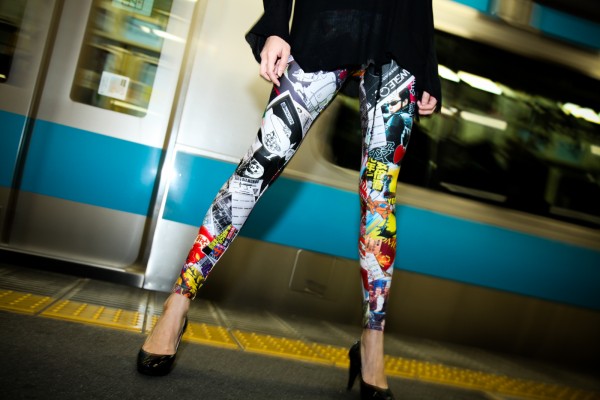 It made perfect sense that on a trip to Tokyo, a little quick shoot with our “Tokyo Trash” leggings was in order. After all, it is the city that gave birth to the initial idea of doing the City Trash series, as well as every item featured in the collaged print on the leggings was all found or procured on the streets of Tokyo.

I love the energy of the graphic layered directly into the frenetic, non stop pulse of the city streets at night.

The shoot also features the first appearance of the graphic tote bags we are working on.

About a week ago, I went to see Public Image play, fronted by one of the truly great front men in music – John Lydon aka Johnny Rotten. Definitely past his prime by now, he still infuses so much venom, energy and personality into absolutely everything he does or has ever done.

I took some photos, mostly focusing on John’s manic, sometimes baffoonish stage presence. I wanted to elaborate on his presence by trying to capture “something unexpected”, rather then just a direct representation. While editing the photos, I decided to try and juxtapose several images I took of John Lydon with some of Francis Bacon’s self portraits.

Out of all the photos I took, these two really captured the band and especially John Lyndon’s essence for me.  Much like Bacon and his paintings, Lydon’s performance is unsettling, experimental, unapologetic, and incredibly enigmatic. And yet, somehow both also have a familiarity and depth that allows the work to be readily absorbed and imprinted directly into our psyches.

We can all use a little more Rotten Bacon in our lives. 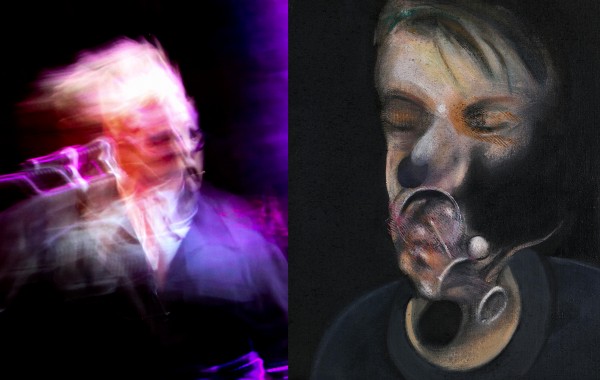 One of our all time favourite leggings releases is called “Dark Sixties” featuring the artwork of the one and only – Aubrey Beardsley. The title refers more to the feel of the design which reminded us of the more dark and mysterious aspects of the “hippie” generation.

Aubrey Beardsley was a Victorian era English illustrator and along with Oscar Wilde, a leading figure in the aesthetic movement.  He produced a massive body of some of the most elegant and unique artwork ever during his brief lifetime. He was only 25 years old when he died, which makes his accomplishments that much more mind blowing.

His craftsmanship and style were an obvious influence on 60’s counter culture pop and poster art. We wanted to release a legging that somehow paid tribute to that lineage. This Beardsley image perfectly encapsulates a certain late 60’s vibe of sexuality, drugs and a certain darkness seeping into the mainstream consciousness.

Images below are a selection of of Aubrey Beardsley’s work, followed by a couple of examples of psychedelic poster art from the late 60’s that clearly bear his influence.

The process of creating and designing these leggings, was fairly involved and required us to actually re create by hand, additional panels of line artwork that had to perfectly match the Aubrey Beardsley look and feel. Harder then in looks. We wanted the image to flow from one leg onto the other as a fluid drawing would. 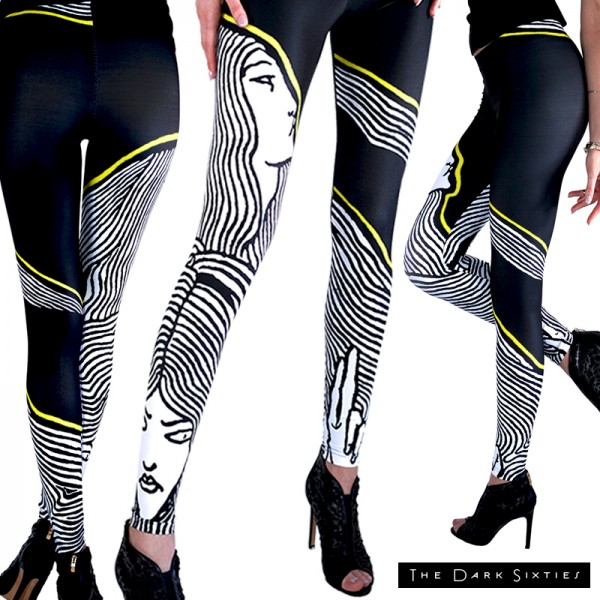 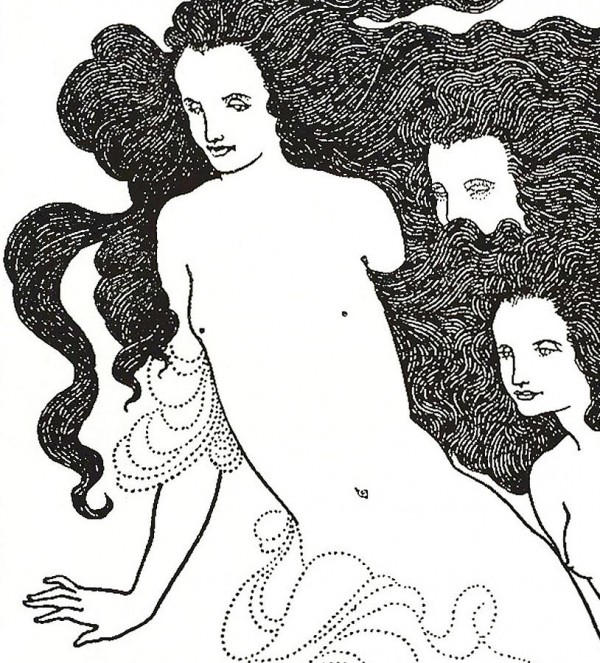 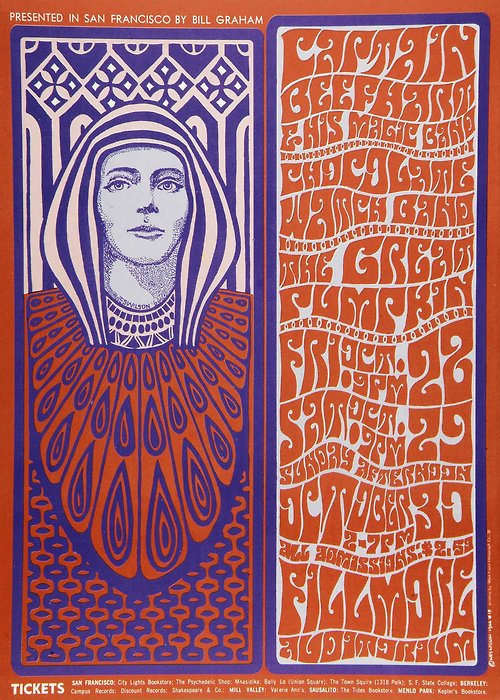 Sure, some people would argue Andy Warhol was the single most important artist of the 20th century, and at times I could be one of those people. But, if I really think about it, for me it’s all about Jamie Reid. He is my Andy!

He took elements of Warhol and pop art, infused it with doses of situationism, social commentary, dissent and a heavy dose of black humour and created a style so new and revolutionary that it literally became the visual language of a new and exciting subculture, aka Punk.

First gaining notoriety in the late 1970’s as a designer behind the Sex Pistols, his work has influenced everything from fashion, contemporary art to modern magazine design. In a way his work has completely changed the way we see the world around us. That is a very rare thing to do.

All hail a true Culture Shifter.

Jamie continues to live and work in England. 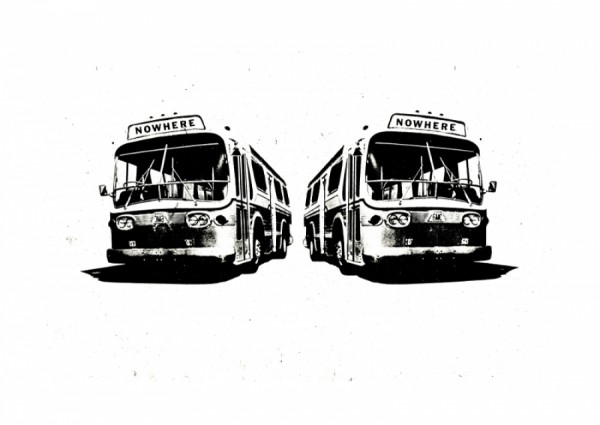